The Top Trucker Movies for Truckers 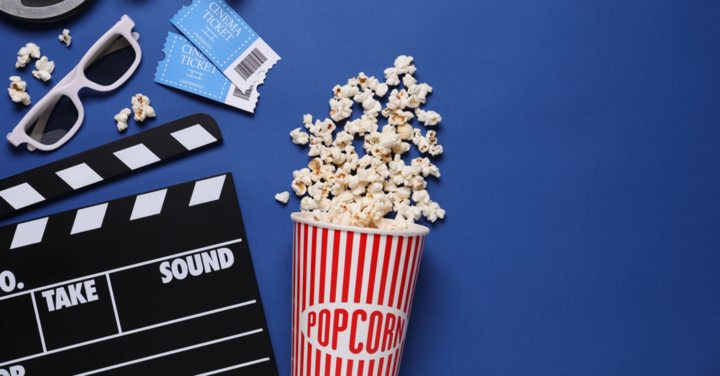 In the 1970s and 1980s, truckers and the trucker lifestyle seemed to click with Hollywood and moviegoers. These days, the possibilities of the open road and the sheer power of the 18-wheeler can still capture an American spirit and make for good cinema. So get out your popcorn and ride along as we look at the movies that came down the pike with a roar, revved up the engines of truckers before shifting them into overdrive.

Directed by Stephen Spielberg, this 1971 thriller in which a businessman, played by Dennis Weaver, is driving cross country when he and his red Plymouth Valiant confront an oil tanker driven by a trucker never shown on screen. Many chase scenes ensue before an explosive ending. Despite being one of the first widely released trucker movies and having a made-for-TV movie budget, Duel won a PrimeTime Emmy award in 1972 and earned many plaudits for its chase scenes. Like in many Spielberg classics, suspense builds throughout and takes you on a ride that gets more intense by the minute.

This 1975 action-packed classic has certainly entranced quite a few truckers over the years. Jan-Michael Vincent, one of the most prominent rough-and-tumble actors of the 1970s, plays a veteran-turned-truck driver who seems to be followed by trouble in Tucson, Arizona. He finds out the company he’s hauling for is moving contraband and tries to fight it. For his trouble, he gets pulled over by a crooked deputy and later beaten up. Determined not to give up, he battles with his voice and fists while trying to unite his fellow drivers. It’s a  fight against corruption — the movie poster exclaims, “A working man who’s had enough!” — that has struck a chord with truckers across the U.S. for years.

3. Smokey and the Bandit

Arguably the most widely-seen trucker movie of all time. In a cat-and-mouse game through the South, Burt Reynolds plays the Bandit trying to help trucker Cledus Snow (played by Country Music Hall of Famer Jerry Reed) and his semi wind their way from Texarkana to Atlanta with 400 cases of illegally-transported beer. What stands in the way is the world’s orneriest and most aptly-named “smokey,” Buford T. Justice. While the Bandit’s red Pontiac Trans Am is synonymous with this 1977 movie, it’s the semi that carries the vital cargo. It’s full of action and comedy, with a smidgen of romance sprinkled in as Sally Field plays the runaway bride who tags along for the fun. Like Reynolds’ laugh when he dodges Justice for the zillionth time, this movie will never be forgotten by truckers.

With a grabber phrase like “Don’t muck around with an 18 wheel trucker” plastered across the movie poster, what’s not to like for one of the men behind those 18-wheelers? This action flick of 1977 also deals with run-ins with the not-so-on-the-straight-and- narrow law. Chuck Norris, then known more for his martial arts work, plays the starring role, as you guessed, a trucker seeking justice. Fist fights, jail sentences, rally calls on the CB radio from trucker to trucker (hence the movie title) and using a truck as a battering ram ensue.

Based on a country song of the same name, Convoy rang true in many areas for truckers, from the accurate portrayal of the truck-driving lifestyle to the grand landscape that the film covers to the nomenclature of trucking that included CB radio chatter. While the movie includes some great character actors — Kris Kristofferson, Ernest Borgnine, Burt Young, and Franklyn Ajaye — it is the CB radio that takes a major role. The truckers, once again squaring off with the police, use the CB radio to amass a mile-long convoy of trucks to support one of their own. The 1978 film stands out among the best truck-driving movies because of its gritty and gutty realism, a hallmark of director Sam Peckinpah.

Spoiler alert: an 18-wheeler jumps over a train. Need we say more? Actually, that was no spoiler because that image was emblazoned across the movie poster. Thunder Run was made in 1986 but picked up a cult following years later when it regularly appeared on the pay movie channels. Starring Forrest Tucker and John Ireland, Thunder Run is the stunt-tastic thriller of an aging trucker pulled out of retirement for one last run. And this run is a doozy, hauling plutonium in a high-tech rig while trying to keep domestic terrorists from stealing the cargo. Now that’s a challenge any trucker has to admire.

Just reading a list of the actors in this 1978 made-for-TV movie can make you sit up in the seat of your cab and take notice: James Brolin, Strother Martin, Rip Torn, and a young Melanie Griffith. Brolin plays an independent trucker down on his luck and facing financial ruin. An offer to pick up easy money hauling rustled cattle proves too great. Thus begins the thrilling ride of Brolin’s character and his buddy (Torn).

1986 was a good year for trucker movies — Thunder Run, Maximum Overdrive, and the cult classic Big Trouble in Little China. This film was one of five collaborations between director John Carpenter and actor Kurt Russell. When those two teamed up, you could expect suspense, action, some comedy, and a little romance. Big Trouble in Little China checked all those boxes and added some martial arts and mystical powers. Russell plays trucker Jack Burton, who gets into, you guessed it from the title, big trouble in the Little China section of San Francisco. All this while using, losing, and regaining his truck. It was also part of a larger 1980s film genre of crazy mixtures of themes that almost go off the deep end before pulling you back onto the main road.

Many a driver on the open road has probably imagined a semi-truck coming to life, but few actually get to pull it off. Enter thriller writer extraordinaire Stephen King and Maximum Overdrive, which King also directed. The 1986 horror-comedy film sees semis take the leading role and the bad guy role all at the same time. Thanks to the tail of a comet that passes by Earth, inanimate objects come to life. All sorts of machines turn on man, but none are as threatening as the semi-trucks that take over the Dixie Boy Truck Stop, especially an 18-wheeler that sports a massive Green Goblin mask over its grill. No doubt, this film has left more than a few truckers masking their haunting thoughts.

A group of human-like trucks take over a truck stop and start killing everything in sight. The local folk have to come up with a way to stop the semis and save themselves. If this plotline sounds familiar, that’s because Maximum Overdrive was loosely based on a short story by Stephen King called Trucks. This 1997 television version, which keeps the short story’s name, gives all sorts of trucks the chance to play villains again.

A year after the not-so-successful Trucks, Patrick Swayze rides in (or should we say drives in) to save the day. He plays Jack Crews, an ex-con trying to keep his family safe and his finances together. He takes a lucrative job transporting “toilets” to help pay the bills. That job comes flush with arguments, tension, and plenty of action. When Crews finds out his Peterbilt is packing illegal weapons and the FBI is involved, that cranks things up a notch. With his wife and daughter being held hostage, Crews is forced to ride the fine line between what is right and saving his family. Music stars Randy Travis and Meat Loaf also shine in this offering infused with plenty of country music.

A practical joke using the CB radio goes wrong and sends the lives of three young adults (Paul Walker, Steve Zahn, and Leelee Sobieski) into a dangerous fishtail in this R-rated film from 2001. They had the misfortune of pranking a psychopathic trucker, whose voice belongs to another psychopathic killer you might remember from one of the greatest movies of all time, and spend the rest of the movie haunted by the trucker, who goes by the handle Rusty Nail. J.J. Abrams, of Star Wars fame, was one of the co-writers of Joy Ride, which spawned two sequels.

Trucking finally gets real. This 2007 effort stands out as the first mainstream documentary covering the trucking industry. Over four different two-week road trips, director Doug Pray tagged along with long-haul truckers and interviewed them about their life stories and the state of trucking. Pray and his two-man crew went to truck stops and approached truckers about going on camera. The drivers were skeptical at first, and the three were even thrown out of truck stops. But the persistence paid off with a realistic look into the lives and minds of truckers.

“Seems weird for a woman to be driving a truck,” says the boy character in Trucker. Watch Michelle Monaghan in the role of long-haul trucker Diane Ford in this 2008 independent film and you’ll see it’s not weird at all. Monaghan’s acclaimed portrayal of Ford, a hard-living woman whose world is turned upside down when her ex-husband sends her a less-than-enthusiastic son that she abandoned 11 years earlier. When not fighting trucking costs, she’s often fighting with her son. But eventually, their relationship changes, and another side of Ford shines through in this trucker movie.

It’s bitterly cold outside the cabs of the trucks in Ice Road, but the tension inside them quickly warms up this 2021 action thriller from Netflix. Liam Neeson stars as a down-on-his-luck trucker who is part of a team of Canadian truckers trying to navigate treacherous frozen roads to deliver rescue equipment to help remove a group of miners trapped underground in Manitoba. With Neeson and two other longtime actors, Laurence Fishburne and Benjamin Walker, at their most intense, this film does not leave you sitting out in the cold.

Kurt Russell returns to the trucking world in this 1997 suspense movie, but this time he trades the seat in a big rig for one as a Jeep Grand Cherokee driver whose world is turned upside down and then flipped over a few more times. While Russell’s character, Jeff Taylor, and his wife, Amy, are driving through the Southwest, the Jeep breaks down. Jeff waits with the car for a tow while Amy is picked up by a trucker who will take her to a nearby diner. When Jeff arrives at the restaurant and there is no Amy, it begins an intense roller coaster in which Jeff can’t prove what has happened and then must start piecing together what in the blacktop is going on. Jeff tries everything, including stowing away on a big rig, to eventually turn the tables on his tormentors to save Amy.

For the last but certainly not least film of our list, we head back to the 1970s. Acting legend Henry Fonda plays an aging trucker whose bucket list still needs one last cross-country haul. With the help of a hitchhiker and some zany acquaintances, it ends up being the ride of his life in this 1977 classic trucking comedy. Fonda is at his best as the oftentimes frazzled trucker and is joined by a cast list of fellow top-notch thespians such as Robert Englund, Eileen Brennan, Susan Sarandon, Austin Pendleton, and John Byner.

From the Big Rig to the Big Screen

Trucking and truckers have always been important to Hollywood, from hauling all the equipment that helps produce major blockbusters or transporting the final product to theaters. But, as this list has proven, when truckers and even trucks take the starring role, they can provide many thrilling, emotional, and humorous moments on celluloid. This list gives you the best of the trucker movies, and when you are looking for the best digital payment and finance solution, you need to visit ComFreight. For an edge-of-your-seat preview, request a demo at ComFreight today.