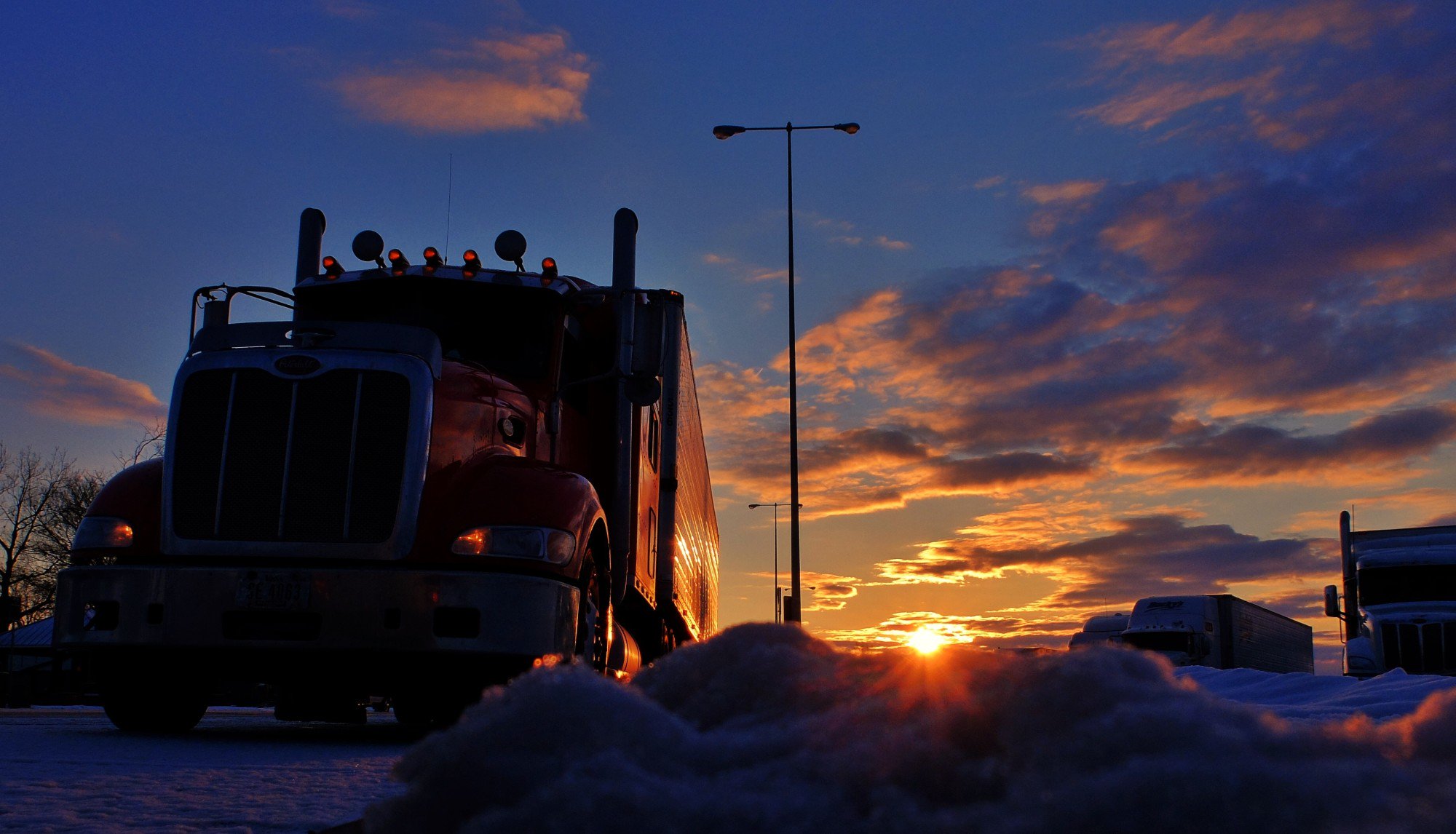 Whether someone is a truck driver, RVer, or is just someone who likes driving around and across this vast country of ours, chances are that they have been drawn to and been charmed by the mysterious allure of the truck stop.

Truck stops are a very American invention. Each one serves thousands of people each day. They offer food, gas, camaraderie, and a wide variety of other services.

If you've traveled the United State's famous Eisenhower-era interstate highway system, you have likely stopped at a number of these institutions in your journeys. As a long-distance or even local trucker, you have probably visited some of the same truck stops time and time again.

Surely, you have a favorite or two. Each one is similar, but they are all different and unique. Location, services, employees, and clientele will differ from place to place. Some are clean; some are dirty. Some are enjoyable to visit; others you only stop at in dire emergencies.

They're everywhere. Truck stops exist in every state in this country and onward into Canada, too. It's hard to narrow the best to just a few, but we've compiled a list of some of our truck driver's favorites here for you.

Read on to learn about these great highway stopping points. Make a checklist, and try to hit them all. Each one is a gem.

There are hundreds if not thousands of truck stops in the United States, but here are ten of the very best of all of them. Some of these are the best because they are just plain great. Others are the best due to history, decor, theme, or additional services offer.

Regardless of the reason for its fame, you can't go wrong with any of these stops as you make your way along the open road.

Jubitz is not just a truck stop. It is a nationally-recognized Portland icon. This place has been fueling and feeding people since 1952.

This truck stop not only includes a hotel, a gas station, truck service, and several restaurants, but it also offers live entertainment on weekends in its Ponderosa Lounge and Grill. Dance lessons are also offered there, and the truck stop's movie theater shows first-run films for only $6.

The Boise Stage Stop first opened as Regina Store in 1891, making it one of the longest-running businesses in Idaho and the oldest stop on this list.

There's a gas station, store, showers, and an arcade here, along with a laundry mat, small movie theater, and restaurant that features online ordering for those who want to pick up and eat on the go.

Whiskey Pete's is located on the border of California and Nevada and opened in its current form in 1977. The modern founders wanted to give California residents an opportunity to gamble at their casino without having to go too far into Nevada. It achieves this and offers a lot much more.

The hotel has 177 rooms and a pool. The complex features four restaurants, a casino, sports betting, and a gift shop. The car in which Bonnie and Clyde were shot to death is on display in the lobby.

Little America of Wyoming was the first location of this chain truck stop to open in 1934. It is very clean and friendly and includes a 140 room hotel, a truck repair center, sixteen fueling islands, seventeen private showers, and a driver's lounge.

The deli and convenience store are open twenty-four hours, and there's a laundry mat and a U.S. post office on site.

Johnson's Corner, located on I-25 in northern Colorado, is famous for the on-site bakery's World Famous Cinnamon Rolls. People come from miles around to try them. Fortunately, they also sell them online with three day FedEx delivery, but it's just not the same.

The restaurant also has fantastic, home-cooked style food. There's no hotel on-site at Johnson's Corner, but there is a chapel, showers, laundry, and a banquet room that can seat and serve up to eighty people.

There are seventeen Sapp Bros locations on I-80, but this one in Odessa is one of their oldest. This truck stop chain is clean and fresh and offers perks like 24-hour roadside service. You don't want to miss their tasty Apple Barrel chain of restaurants.

This Minnesota travel center and truck stop has a lot to offer but is most memorable for its Viking theme. The Skol Tavern is just one place you will enjoy Viking decor as it is visible throughout the center.

Trail's Travel Center also has a hotel on-site and a fast-food court with a variety of offerings. There are over 300 truck parking spots, a laundry, free WiFi, showers, a movie theater, and a chapel.

The North Forty Truck Stop is known best for its on-site restaurant that serves its excellent American diner cuisine twenty-four hours a day and three hundred sixty-five days a year. It opened in 1982. There is also a deli and store on-site and a traditional truck stop style gift shop that has a little something for everyone on your list.

South of the Border is a little ridiculous, but that's what makes it so great. This is a tourist trap of the greatest caliber and there is a lot to see and do. The main facility offers a wide variety of photo-ops along with an observation tower shaped like a sombrero, amusement park rides, an arcade, many gift shops, four restaurants, and a hotel.

The truck stop here has everything a trucker would need, including showers, fuel, repairs, a picnic area, coffee—and is open twenty-four hours a day.

Iowa 80 is the World's Largest Truck Stop and you will be amazed at its size every time you stop in. It has been open since 1964, and it just goes on and on inside. It has several restaurants in a food-court format as well as an always-open, sit-down, diner-style restaurant, a dentist, a barbershop, and a chiropractor on site.

There is also a dog wash, a library, a movie theater, a lounge, a workout room, several gift and supply shops, a truck wash, a trucking museum, private showers and more. It boasts over 900 truck parking spots.

Their yearly Trucker Jamboree is a trucker festival that includes rides, live music, contests, fireworks, and games. It takes place one weekend in June and attracts truckers from all over the United States.

Truck stops and truck stop culture is a wonderful part of America. There are so many amazing places to visit in this country and truck stops are just the icing on the cake to visit along the way. Try to check out these truck stops on your travels and let us know if there are any favorites of yours that we forgot.

If you're looking for more information about trucks, truckers, and trucking, check out our blog for more great articles.